You are here: Home / News
Dan McIntyre, a longtime community supporter, passed away in August 2020.  Dan served on the Board of the  Roland Park Community Foundation, as well as the Roland Park Civic League, and was a beloved leader in both organizations.  His family has asked that in lieu of flowers, friends consider a gift in his name to RPCF.
To make a gift to the RPCF by credit card, please visit Paypal (click the “donate” button below.)

Checks should be made payable to “Roland Park Community Foundation.” 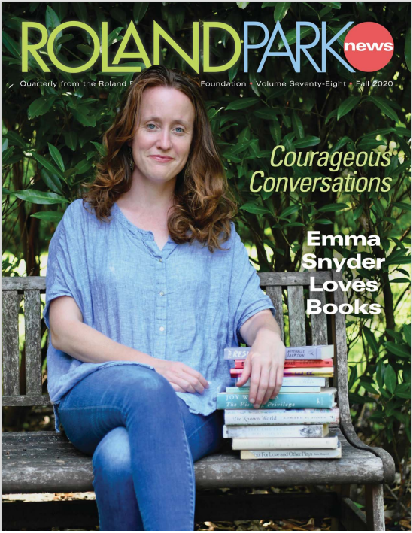 The Roland Water Tower, located at 4210 Roland Avenue, is a 148-feet tall, octagonal masonry tower made from brick and terra cotta.  The Tower has been out of use since the 1960’s and is in disrepair.  Falling tiles resulted in a chain link fence being put up over 10-years ago.  It is located at the nexus of four neighborhoods:  Hoes Heights, Rolden, Roland Park and Hampden.

This historic tower was built in 1905 to provide water for Hampden. However, in 1930 the reservoir system replaced towers, so the Tower became the turnaround spot for streetcars.  In the 1960’s, buses replaced streetcars and today it acts as a landmark for the surrounding neighborhoods.  The Tower is in the Beaux Arts style where style was important even on structures that were used in functional roles.

The RPCF stepped up to bring this gem back to life.  Lewis Contractors was hired to repair the structure and construction will begin in September 2020, and the work will be complete in April 2021, subject to weather delays.

Watch this page for updates as the project progresses: https://rolandpark.org/organizationscommittees/roland-park-community-foundation/watertower/ 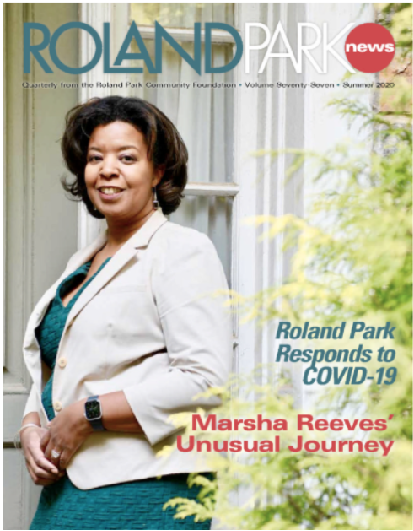 Join the Roland Park Civic League for their monthly meeting this Wednesday, July 1st at 7PM via Zoom!

Here is the meeting agenda:

The Annual Meeting of the Roland Park Civic League (RPCL) took place Wednesday, May 20th at 7PM, via Zoom.  See the slides presented and additional details in the links below. A quorum of dues paying members was confirmed to be in attendance, so the nominated slate of Directors and Officers was approved along with minutes from 2019.

This page is provided to inform residents of CDC guidelines and best practices, and to bring local resources to your attention. The intent is to help residents stay safe and reduce exposure to infection during this emergency. The Roland Park Civic League is not providing any medical advice. Please contact your health care provider if you need help, and take guidance from state and local authorities at all times.

The Roland Park Civic League is endorsing a Roland Park Self-Quarantine Support Network developed to help connect neighbors in need with volunteer neighbors who can help with things like grocery shopping and delivery, medication delivery, and dog walking. If you are interested in helping out your nearby neighbors, please sign up on the link above. Volunteers will need to (a) sign up, (b) sign a waiver, (c) be vetted, and (d) attend an orientation, in order to be eligible to be connected with a vulnerable neighbor.

Here is a handout currently being used by the Roland Park Self-Quarantine Support Network, this can be printed for neighbors who need help or who want to volunteer.

If you are in need of help due to self-quarantine or quarantine by a medical professional, we have developed a robust network of volunteer neighbors who are willing to help with groceries, medications, dog walking, checking in from time to time, or other things you may need help with. Please sign up on the link above or call one of your Plat Representatives or Ann-Barron Carneal at 202-997-4950.

LINK FOR VULNERABLE NEIGHBORS TO ASK FOR HELP: http://www.tiny.cc/RPneedhelp

In advance of the 2020 Annual Meeting of the Civic League, the new slate of board nominees and is now available for community review.  Note that the annual meeting will take place via Zoom on Wednesday, May 20th at 7PM (link details to follow).  There will be a vote on the slate, so residents are encouraged to participate in the meeting and vote!  Per the By-Laws, we need a minimum of 35 people for voting/approval purposes.

**Current RPCL Board member in a new role

NOTE: You can read the bios for each proposed new board member here: rpclboardnomineebios

Organic Debris Removal Service MODIFIED SCHEDULE FOR 2020 is ON for JUNE, SEPTEMBER and NOVEMBER. Residents that have paid Civic League dues and full maintenance fees must register by the last day of the prior month. If you have any questions about the service, call the Roland Park Office 410-464-2525.

For more details and to sign up, visit the Organic Debris page.

In celebration of the 50th anniversary of Earth Day, let’s plant 50 trees in Roland Park. The Baltimore City Department of Forestry has given the Landscape Committee the trees as part of a program to expand the City’s tree canopy.

The first 50 residents to sign up are eligible to receive a tree to plant on or near your property (one per household). In addition to planting the tree yourself, you must agree to provide your address to Kate Culotta for the Tree Baltimore registry, and water, maintain and care for the new tree (guidelines and planting instructions will be provided). If you are unable to plant the tree, the Landscape Committee will arrange to have it planted at a future date. Fees may apply.

The tree supply is limited:

Please contact Kate Culotta at krculotta@msn.com or 410-804-4750 for more information, and to request help with tree selection or planting. Trees available for pick up starting Wednesday April 22, 2020. 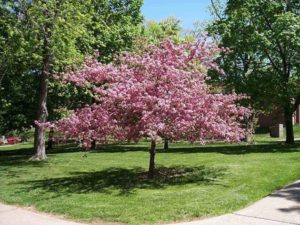